Every Dollar You Make in the Next Decade is on This List – Yes, Really! - The Money Map Report | High-Profit Trends with Shah Gilani

There are several thousand savvy investors here and it’s real privilege to take the stage! 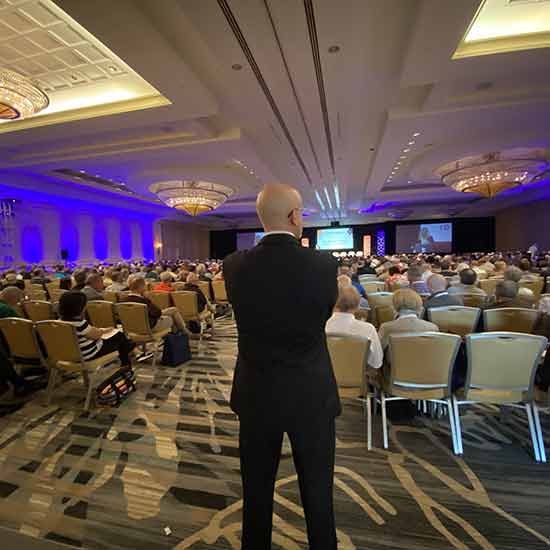 Speaking of which, we had a great presentation yesterday – admittedly, one of my favorites – Every Dollar You’re Going to Make for the Next Ten Years Is STILL on This List.

I had standing room only for one simple reason.

That presentation sets up the framework smart investors need to turn ideas into action.

And, hopefully, one heckuva lot of profit potential.

Millions of investors are convinced that investing has to be complicated, which is of course what Wall Street’s boffins want you to think. That way you’ll feel dependent on them.

You simply have to have the right framework if you want to build wealth.

No hocus pocus, no magic, and no… well, a word I can’t print here today.

Seriously… that’s all you need.

For me, it comes down to the six Unstoppable Trends we focus on because each of ’em is backed by more than a trillion dollars in spending that will happen no matter who’s in the White House, that Wall Street cannot hijack and that the Fed cannot derail.

It’s a great way to line up big profit potential, to score income and to trade because following along with the Unstoppable Trends automatically lines up your money WITH the world’s bet profit potential. Not against it.

For example, think about this for a second.

A rising tide rises all boats, meaning that every boat will go along for the ride if you’re in the water. All you have to do is put in at low tide.

Investing is the same way.

You figure out which way the tide is going then line up your money appropriately. Something that simple can make all the difference in the world to you and your money.

Most investors spend huge amounts of time trying to pick the right stocks but they fail to check the tide. So, not surprisingly, they lose – sadly, a lot of the time – when the tide goes out, even if they’ve picked an otherwise great company.

Team Cupertino is lined up with five of the six Unstoppable Trends: Medicine, Energy, Demographics, Scarcity/Allocation, and, of course, Technology. Everything from data to health to demographics… the only trend it doesn’t touch on is War, Terrorism & Ugliness.

What’s more, Apple has a clear path to profits.

That means it can move you and your money forward, make you feel great, actually do great, and even make you a pile of money, too. It doubled last year, as I expected it would, and, now, I think is setting up for a charge to $400 a share.

As the tide rises.

Then there’s a company like Uber Technologies Inc. (NYSE:UBER).

It’s a neat concept, but does not tie into a single one of the six Unstoppable Trends. Not one.

There’s no apparent path to profits, and you can find an alternative ride at the click of a button. Lyft Inc. (NasdaqGS:LYFT), anyone? Or, how about a good old-fashioned taxi?

Uber is simply a media darling, and nothing more than a speculative potshot. The hype is devastating to most investors who got taken to the cleaners when it went public because it sunk, despite a rising tide.

Investing, as I explained to my audience here earlier this morning, is not about finding the extraordinary. True wealth – total wealth really – comes from looking at the obvious and making what you see great.

[URGENT] This Summit Can Help You Reach Total Financial Freedom

Speaking of which, I’ve got to dash out the door.

If you were following along with my week at the World MoneyShow on Facebook, you’ll know I’ve been moderating panels left and right – like this one, with Steve Forbes, John Mousseau, Jeffrey Saut, and Samuel Stovall.

We debated the Fed – and I promise, it’s nothing you haven’t heard me say before.

If you haven’t seen this photo before, make sure you head on over to Facebook and give Total Wealth Research a follow. I’ll be posting additional content there, and you don’t want to miss it!

Anyways, I’m going to be talking shortly about why this particular method is STILL the only foolproof way to identify the world’s best stocks and buy them. 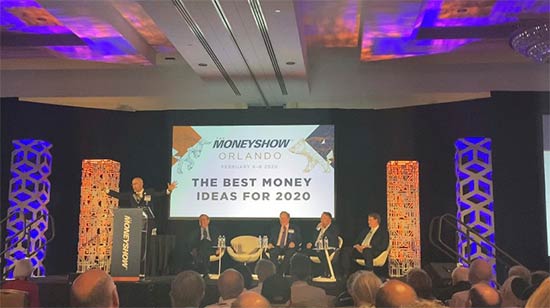 Many investors don’t think it can be done but I’m here to show them otherwise because what’s in your head is often what’s in your way… your emotions.

Push those aside and you WILL get what you want!

The post Every Dollar You Make in the Next Decade is on This List – Yes, Really! appeared first on Total Wealth.